Judge Michael Gary of New York…, I could kiss you right on the mouth my friend! BRAVO! 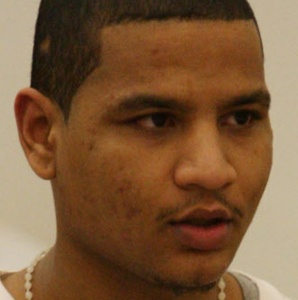 Every day we see losers like Angelo Monderoy, abuse animals with little to no atonement or punishment for the evil things they do. Most walk away with a small fine and community service, very few see the inside of a jail even. Much like Kisha Curtis, those who are arrested try to make bail, and most do, and that’s the last they see of any real jail time. This must change if we stand a chance at saving future animals from these types of horrific abuse.

As of late I have felt pretty defeated about the entire thing, however just when I thought there were no judges out there willing make an example of these piles of filth, I catch wind of this story!

Judge Michael Gary of Brooklyn New York, took a stand and sent a very clear message about animal abuse, as you read above, this piece of garbage will be sentenced to 6 years before he will face deportation, I hope they follow through with that.

We all know he wont serve the full six years but quite frankly it’s a start! Here is an excerpt from another article praising this judge;

Letter: In an article by William Gorta concerning a Superior Court hearing re:The state of New York vs Angelo Monderoy and his killing of a cat. Judge Gary showed clear sensitivity to this issue and provided a well-considered verdict and sentence. He is to be commended and the citizens of New York can be proud of him.

Mr. Monderoy appears to have no empathy for a weaker creature and, as such, poses a serious danger to people as well. Intentional cruelty cannot be tolerated by society whether it be against animals, children, or citizens in general.

Thanks William for saying exactly what we are feeling…, Bravo Judge Gary, Bravo!

We can all feel proud of him, I am Canadian, and I have watched these cases play out here, and I must tell you that “no-one” here has been willing to take such a stand. Due to the slaughter of sled dogs in Whistler, BC some small changes have occurred.

Abusers will now face up two years in jail, and fines go up to $75000.00 from $10,000.00 Persoanlly I see this as a very tiny improvement, and a very shallow victory for abused animals and public safety. I feel if changes were to be made than certainly they should have reflected the same sense of eminent danger that the public faces as well as animals, at the hands of these individuals. They really should have taken a zero tolerance stand!

To me, two years is nothing! By the time these freaks actually set one foot inside the jail sell one-third of their sentence has already been lifted or “served.” I find that very disappointing indeed!

So to Judge Michael Gary I say “Thank you, from the bottom of my heart, for going against the grain, seeing the true potential for future violent acts that exists within these people, and thank you for drawing a hard-line on animal abuse!”

In my book you are a true pioneer, in the fight to change the face of animal abuse, public and companion animal safety. Reading this gave me hope again. Hope that all is not lost, in the fight to gain tougher animal cruelty legislation. If every judge stood up and was counted, making sure their voices be heard, and their authority to punish be unquestionable, then maybe, just maybe in my lifetime I will see these changes take place.

Judge Gary, from an animal advocate and lover I say again, I could just kiss you! Thank you from the bottom of my heart!