Our Pack Inc. says Bernie is available!!!!! We love Bernie!

Our lovely Bernie is still available for adoption. Check out this sweet boy looking for his forever home! www.ourpack.org/dogsavail.html

Please check out the link for Our Pack Inc.
Best feature: Bernie’s freckle toes!!!!!!!!! and his uber fabulous smile!!!!!
-Apitome-

A little something to make you say hmmmmmm?

A little something for all you BSL supporters to think about! Would like to be innocent of any crime and still be treated like a criminal?

Would you like to be profiled like this?  To have someone tell you that because you look a certain way or because some people in your ethnic group have behaved poorly you too will pay the consequences, and you will no longer have rights?

Do you feel that you have the right to dictate who gets to own a certain type of dog, just because there are some who have made them behave in such a way that reflects poorly on all?

The answer to these questions is a very simple, NO!  Stop punishing one breed, and start demanding the real animal be held accountable and to a higher standard! 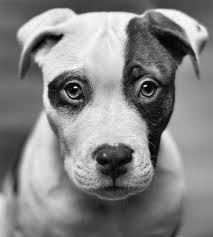 Don’t make me afraid of you, make me proud to serve and protect you!  All I want is a fair chance, a chance to be happy and to show you that with the right family and leadership I can shine!

Remember what it felt like when you had someone look down their nose at you? Then why would you turn around and do it to me?

Dont’ let fear and lies lead your heart, get educated on the problem of dog fighting and poor ownership, make the irresponsible ones pay not me!

Thank you for listening, and learning about me with an open mind! Before the wrong people were allowed to own me I was the symbol of the ultimate family dog, I was “America’s Dog!”  I would love to become “Canada’s Dog too!” If given a chance, I can make you proud of me not afraid!

The latest on the journey back from “BSL”

I have discovered two very interesting things that I am excited to share with you. Firstly I found out that the catalyst to the new “Bylaw” in my hometown, dear sweet, sunny, un biased Richmond BC was a popular councilman!

Apparently he, along with some of his “Cattle” were attacked by a couple of pit bulls years ago, and “He” was instrumental in getting the new Bylaw pushed into effect. Now at this point I am VERY curious whom it may have been. I intend to ferret out exactly who it was, but until then we will just have to guess!

Now call me crazy here, but when ever anyone on council uses their “Seat” to forward their own personal agenda’s, would that not be a conflict of interest? Wouldn’t that be an abuse of the authority they are given?

Secondly as per the shelter in Richmond, they say it would be safe in saying that there are only about 1-2 euthanizations for aggression or attacks each year. “Interesting!” So it can’t be true that pit bulls are as huge an issue as the city council would have you believe, because there were 64 dog bite related case files reported to the city last year.

I don’t know the breed breakdown as of yet, but I hope to have that info very soon. They will probably tell you, that is because of the bylaw, but who really cares about the bile a politician has to spew anyway? trust me I don’t! Maybe I would if you could ever believe what they say, as we all know they are not known for being forth coming or honest, sorry gang but you built that image not me!

The SPCA has not responded as of yet but I’ll let you know what they come across with soon.

Stay tuned…., I think this is about to get very interesting friends!